Setting the Limits of an Analogue Encoder 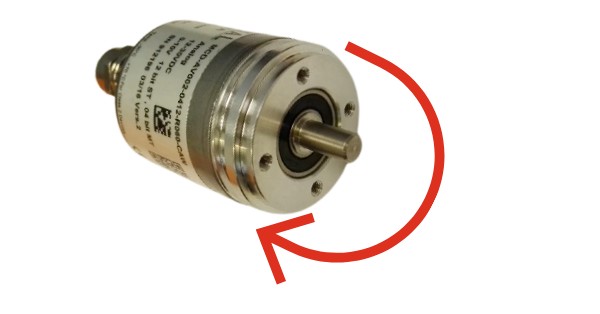 An encoder with an analog output provides a varying signal such as 0-10V or 4-20mA, which is representative of the position of the shaft.

As with all absolute encoders, the measurement range is finite. Therefore, a start point and end point must be set.

To re-scale the measuring range of the encoder, the minimum and maximum positions must be re-programmed. The minimum (also referred to as “zero”) is the position that it will output 4mA, and the maximum is where it will output 20mA.

To program these preset positions, simply apply the positive supply voltage (e.g., 24VDC), to the relevant pin or wire while the shaft is in the required position. The encoder will then store that position in its non-volatile memory, which means it will not loose that position even when power is removed.

This method of programming is more suited for a “set and forget” application, where the calibration is done during installation of the encoder, and under normal operation these limits are not required to be re-scaled.

Using a POSITAL encoder as an example the pin out’s wire colours will be as follows: 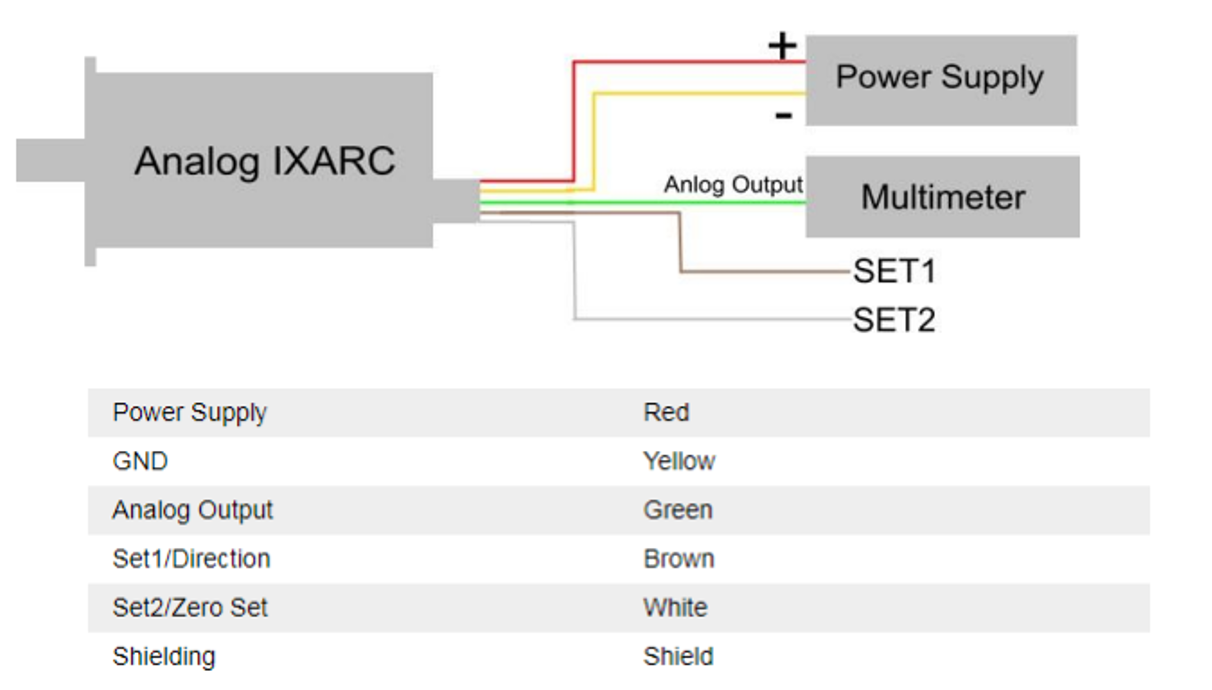 For encoders with pushbuttons, scaling can also be done by pressing both buttons for 15secs to enter programming mode. Then press push button 1 while the shaft is in the required position. Repeat for push button 2. As this method is more accessible, it is suited for applications where re-scaling must be done as part of normal operation. However, due to accessibility, the re-scaling function is more vulnerable to being set by untrained personnel.

Typically, the factory default settings for an absolute encoder are set at the highest and lowest positions, 0° and 360°). If you re-scale limits less than the factory default, for example 0° to 180°, a dead-band will be introduced from 180° to 360°. Dead-band is the range of shaft positions where the output of the encoder equals a constant high e.g., 22mA or low dead-band value e.g., 3.6mA. The dead bands are indicated in red in the graph below.

The following graphs show the different analogue types, and a table of their dead-band values 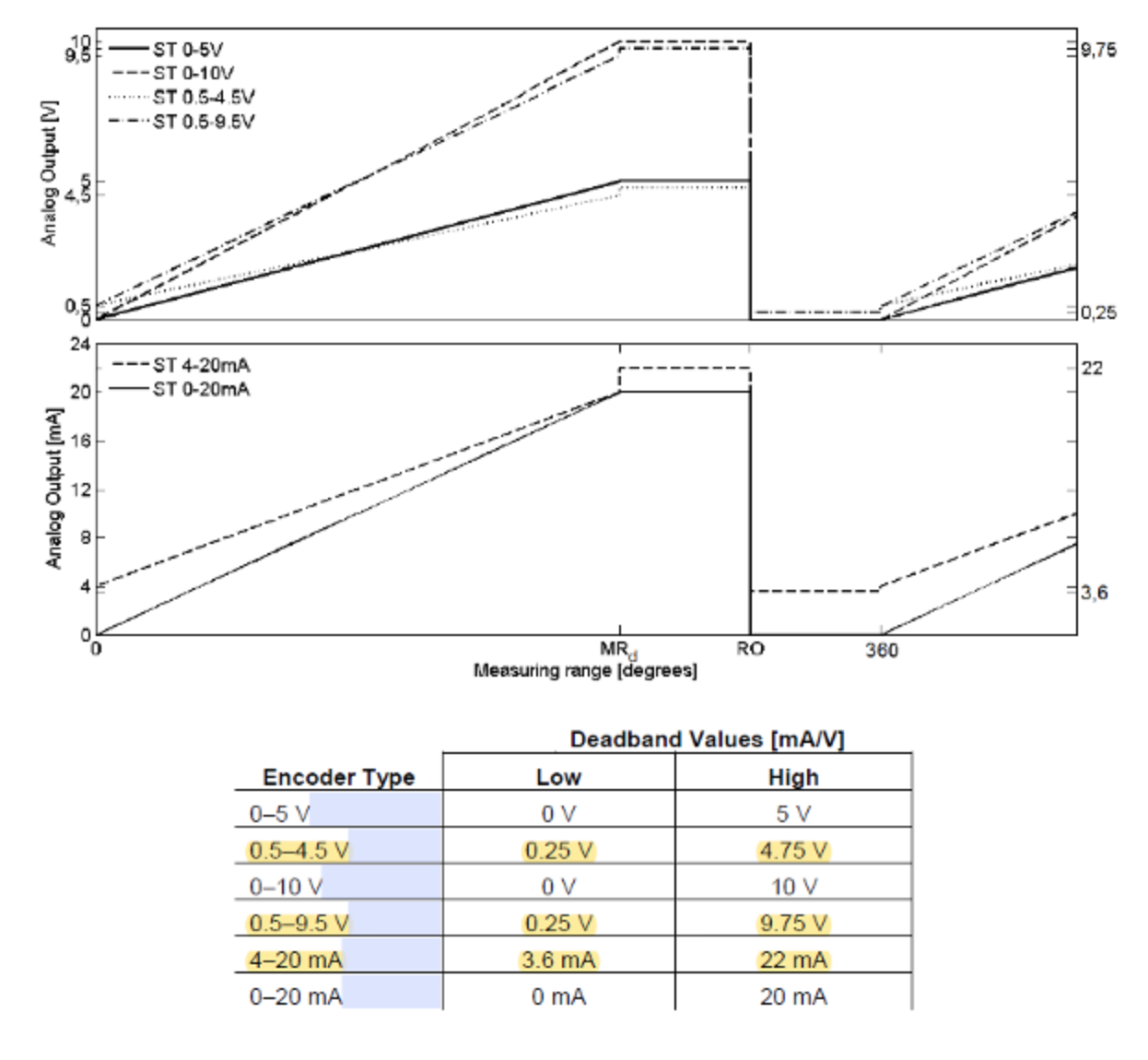 We recommend that you watch this video which demonstrates the procedure:

Please do not hesitate to contact PCA if you have any questions about installing or commissioning encoders.

IS THIS INFORMATION USEFUL?

How to Install a Rotary Encoder